I imagined concluding 2021 in Korea with family and close ones I have not seen in nearly two years, so when this much-anticipated trip was abruptly canceled due to the new Omicron variant that convinced the country to implement a 10-day quarantine, I sought a major event so that I did not feel I wasted the holidays. The 7 Hour New Year Ultra Celebration, hosted by East Coast Trail Racing in Flagler Beach, Florida, caught my eye, and I registered to be on the waiting list. Once the race director approved in the evening of three days prior, I took a few hours to confirm solely because I would be driving from Raleigh, North Carolina, down to Palm Coast, Florida, the day before and coming back up immediately following the race, 1,080.8 miles in total.

The event location unseasonably welcomed suffocating humidity and sunny heat that must have rested at 85 degrees, so I approached my run conservatively. A large portion of this deceptively challenging 0.78-mile course took place in a forested area with constant tangents, roots, and minor hills. From an early part of the race, I realistically lowered my standard significantly to simply comfortably surpassing the marathon distance. An hour and a half in, I felt pain shooting up my right foot, and I could not tell whether a cramp or injury caused this; I repeatedly stretched while continuing to move and prayed, and soon the pain fled and never returned. About an hour to go, the timing official informed me I sat at men’s fourth place but that he believes I could catch the third, but his not letting me know who specifically made me, to err on the side of caution, pass as many as my remaining energy permitted. I did not want any regrets I did not give my all, so I began running a lot more, and for my second-to-last loop, when I identified my competition, I took off and recorded one of my faster laps, allowing me enough time to attempt to and successfully squeeze in one more even more quickly, which nauseated me during and a while after. My rival commented he decided to end his race when he heard I headed for another loop and knew he could not catch me. I completed my 37th loop with just over three minutes to spare, finishing officially at 28.86 miles, while my Garmin reads 29.35 miles, and 3rd male and 4th among both men and women. This also became my longest race for which I did not listen to music. 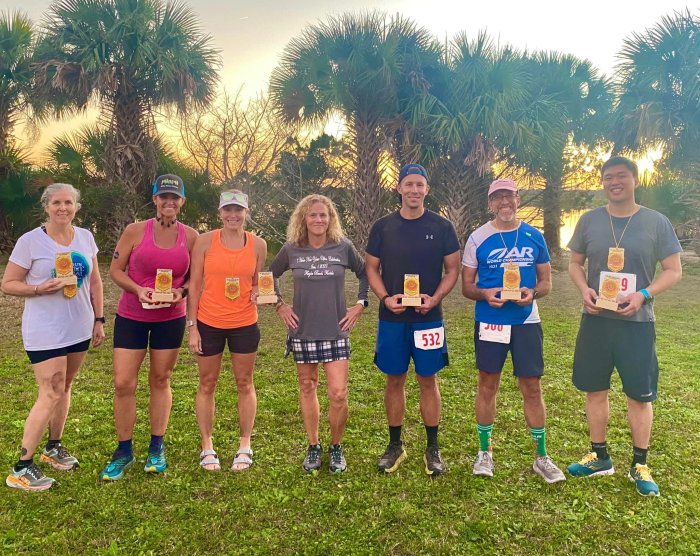 What better way to kick off a new year? I thank Jesus for being with me every step of the way, as I acknowledge apart from Him I can do nothing. I also want to give a shout-out to the encouraging and cordial race director for letting me in last-minute, as this event helped distract me from feeling lonely and depressed during New Year’s Eve and New Year’s Day. Happy 2022!