Seeing my brother serve as a volunteer chaplain assistant during his military service, I jestingly told my father I should pursue chaplain assistant as my military occupational specialty (MOS) a month prior to mustering in the Republic of Korea Army. This MOS is regarded as one of the most laid-back and physically unchallenging and hence desired and applied for by countless Korean men. My father did not believe I sufficiently comprehended the Bible to stand a chance. As I approached the replacement depot on June 29, 2010, to begin this new chapter of my life, I had only one wish: not to be stationed in a front division facing North Korea. I remember informing several friends in the United States awaiting my return on the possibility of my serving right behind North Korea, to tease them to think of me. Funny enough, not at the time, I was indeed drafted into Cheorwon’s 6th Infantry Division, the very front division that hosts the demilitarized zone. Perhaps the coldest region in South Korea, Cheorwon in winter regularly fell twenty-two below zero (and much lower in units at the top of the mountains), exacerbated by fierce winds. A story went around that a drunk officer from this division had fallen asleep outside and frozen to death.

My parents, sounding optimistic on the phone to prevent me from panicking, hid their worries about my unanticipated circumstance. I was scared and dearly hung on to the belief God will never leave me. My division did not consist of translation roles, but a private assistant’s misinformation made me eager to utilize my unusually exceptional English skills as a nonnative to serve my country. Nevertheless, God had a different plan for me all along. I attended church two to three times a week during boot camp, and, unprecedentedly mentally unstable, discouraged, and intimidated, I cried a river worshipping my Father every service, while most comrades either slept or marched into their own psychological realm. One day after service, the divisional chaplain asked the trainees if any of them had studied theology, and nobody raised his hand. He followed up with if any had lived abroad, and out of the hundreds, only I put up a hand. He carried on with a series of questions, leading me to reveal I had been living in North America for over half of my life and was enrolled in Emory University, with which he was familiar. He vaguely stated he would use me; little did I know then he was looking for a new regimental chaplain assistant. The 19th Infantry Regiment had recently replaced its Buddhist priest with a chaplain and become a Christian unit; therefore, the regiment desperately required a chaplain assistant. The divisional chaplain office contemplated promoting a volunteer chaplain assistant from the regiment, but the chaplain’s driver, practically family now, persuaded the chaplain to bring in a new soldier instead. My evident passion for God made the chaplain downright determined to recruit me until he discovered my prominent politician family background. He said, “If you were a normal kid, I would have chosen you, but you are not, so I will have to pray more to make my decision.” He fretted the public would accuse me of abusing my family status to obtain this popular MOS. The chaplain still had faith and fought for me in front of the division’s influential officers, including the two-star divisional commander who also happened to be a church elder.

A major called my platoon commander during an individual-combat training session to interview me, particularly about my perspective on North Korea. I honestly replied, “I don’t think North Korea as a whole is bad,” blaming the country’s regime rather than the innocent and wretched civilians. Confused by my atypical answer for a South Korean soldier, he paused for a moment before asking me what I would do if the war resumed, to which I replied, “Of course then I would fight.” Some officers also surmised I had psychological issues—a criterion unacceptable to becoming a chaplain assistant—because I refused to answer questions like standard Koreans do on psychology tests. The divisional chaplain, however, defended my cultural clash, expressing, “What is so wrong about telling it like it is? Who likes to be forced to serve in the army for two years?” The unit instead sought only “Yes!” and my brutal genuineness had numerous officers question my mental health. Indeed, every one of the three psychology tests I took, from my physical examination to replacement depot to boot camp, all concluded I may be mentally off. 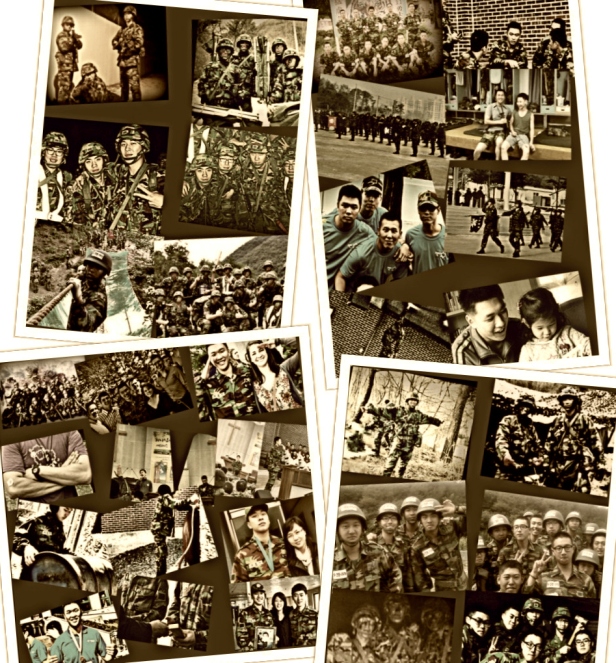 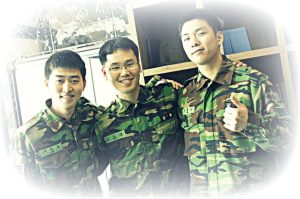 The divisional chaplain ultimately convinced the skeptical officers, and I was welcomed as the regimental chaplain assistant for the 19th Infantry Regiment. He explained to my parents my God-loving face was “glowing” in boot camp and thus he felt the need to recruit me. Usually, to become a chaplain assistant at a regimental level, a candidate has to be attending theology school, pass a test, and then be arbitrarily picked as in the lottery, none of which fit me. Statistically, one in two thousand applicants earned my position, and I had not even applied. Placed in a combat regiment, unlike typical chaplain assistants in the country, I participated in physical training, midnight guarding and patrol duties, promotion tests, and practically all activities a combat soldier would as well as fulfilling my assignments at the divisional church. I even received early promotions for achieving the “Combat Pro” status for consistently acing shooting, fitness, individual-combat, and history tests, and my chaplain on my last day presented me with a personalized crystal medal, printed “Combat Chaplain Assistant” in Korean. I could have found a way out of these combat roles, but I embraced hardship and even volunteered for the physically toughest tasks available to build everlasting memories. My chaplain towards the conclusion revealed he originally did not like my involvement in so many combat activities as a chaplain assistant, but that he kept quiet because he saw I had the desire to make the most of this once-in-a-lifetime opportunity. Working with a despicably disingenuous and manipulative “superior” seven days a week for fifteen months made the army experience exponentially tougher, mentally, than necessary, as I had to find motivation to refrain from pulverizing him each day. This I consider one of my biggest accomplishments as a soldier. God trained me in ways I would not have tolerated as a civilian; consequently, I have become far more disciplined, patient, grateful, and compassionate today.

The original divisional chaplain was replaced with a new chaplain, whose family my faith mentor had known for years. Although this family had already been praying for me, neither of us knew about each other initially. The wife claimed she knew someone by my name; she was referring to me. God can be humorous. The family graciously took care of me, and we still keep in touch and pray for one another. Though I at first had nothing but negative outlooks on joining the 6th Infantry Division, I learned God always remains many steps ahead of me in directing me to the path of His will and glory.