The Michelob ULTRA Atlanta 13.1 Marathon in Cumming, Georgia, on October 4, 2014, the only task standing between the ATL Challenge 39.3 and me, could not have come soon enough. Upon arrival, I joined a group of athletes in front of a building under a narrow roof that blocked the frigid wind. I initiated conversations with numerous fellow runners, coincidentally including two girls who also graduated from Emory College of Arts and Sciences and currently study at the Emory University School of Medicine. How these medical students found the time to train for a half marathon amazed me. When I discovered they ran cross country and track and field in NCAA Division III, I was no longer surprised by these humble and quiet friends’ finishing second and third in their age group and twenty minutes earlier than I did.

Having conquered a much more physically demanding and twice as long of a course at the Publix Georgia Marathon in March of this year, I underestimated the Michelob ULTRA Atlanta 13.1 Marathon. While running, I typically breathe through my nostrils rather than mouth as long as I can, as this strategy I learned about in the army helps conserve energy. However, the initial wintry temperature and frequent powerful wind interfered with my standard breathing and stung my nostrils, so I had no choice but to keep my mouth open for the majority of the run, which momentarily diminished my confidence. Just like during the Publix Georgia Marathon, I was repeatedly confronted by stomach cramps, but they failed to slow me down or eradicate my determination to push my body to the limit. 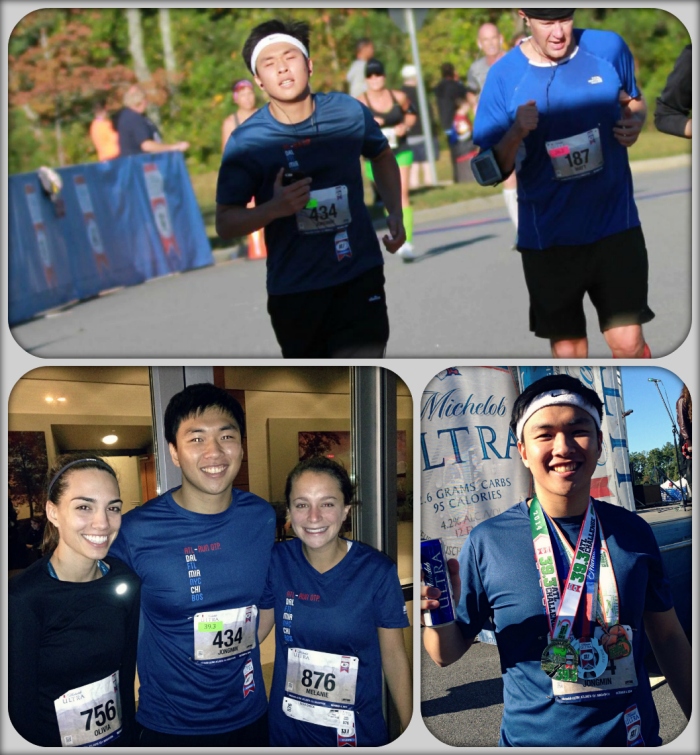 Unlike in previous races, I targeted a finish time, sub-2:00:00. I checked the time at every mile stop, and with slightly over a mile left to go, I believed I had sufficient time to barely accomplish this goal before encountering the unforeseen uphill onslaught. I sprinted the last several hundred feet, and my finish time in the system read 2:04:55. Though disappointed, I knew I had poured out every ounce of my stamina and strength into this tedious objective and harbored no regrets. More importantly, I finally concluded the ATL Challenge 39.3 that I had been eyeing since the summer of 2013 and even placed first in my age group of 25-29 of both male and female runners. I will continue to seek adversity to train humility and perseverance.